Just a short note, while things are really changing! No San Francisco for me this year. Maybe next? Who knows!

Yesterday I received a gift from the US, the film 5 B, about the AIDS-Ward at San Francisco General Hospital. 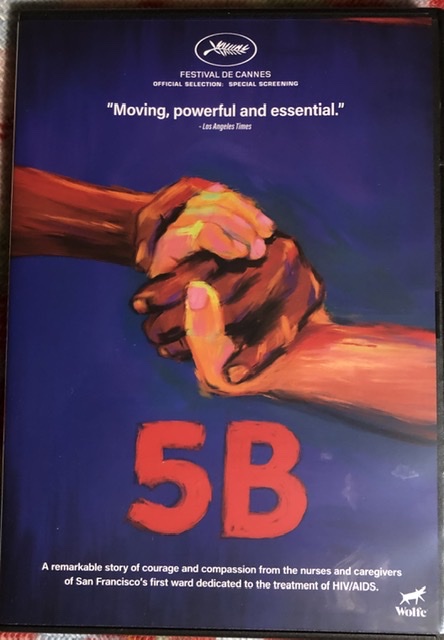 I visited the Hospital in 1987, and spent some time there, making interviews with Head nurse Alison Moëd and SHANTI counselor Ron Henderson, apart from Laurie D. that I have already written about.

It is a wonderful film, moving, upsetting, surprising!

The former staff, now I think in their 70s, tells about their work with the patients that kept on coming!
Please try to see it!

In one of my posts I wrote about trying to get an interview with Head nurse Alison Moëd, and that she asked me to contact the Press office and set up a time. While there I was asked if I was going to attend the Press conference, and I was a bit confused, but I said yes. And that was the press conference with the Presidents AIDS commission.

When I was at the AIDS Ward, someone told me that the AIDS commission had been there, but that they had not wanted to shake hands with the patient that had talked with them. I wanted to write about it, but hesitated because it was hearsay. So I didn´t

But now, in the film 5B, it is confirmed, and also that they were all dressed up in white protective clothes, even their heads were covered, before they went in to the AIDS Ward. It can be seen in the film.

I have written about Richard Locke, in a previous post.  He joined Rita Rockett in making parties at the AIDS Ward, and he offered massage to the AIDS patients.

I was happy to see Richard in this film. He is not mentioned by name, but he can be seen several times. Here he is, giving massage to a young patient. 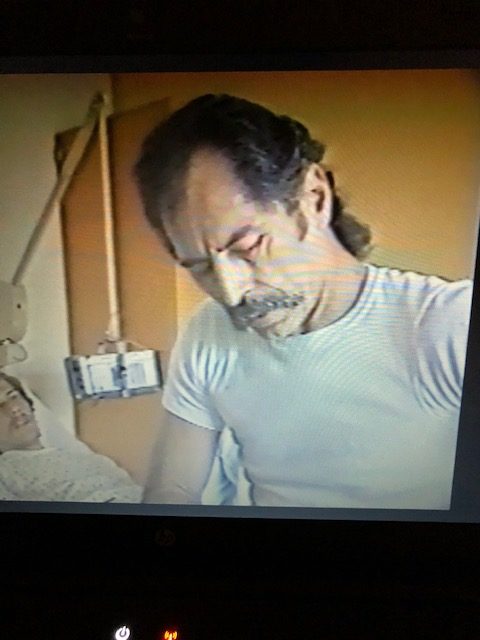 I am self isolating, and will try to write as mush as possible during this time. I am not sick, just isolating from my usual routines with travels to archives and services.  Better safe than sorry.

All the  best to everybody!