I met a man called John LoCoco during a course called Care for Caregivers, in 1987. He was a volunteer at a hospital, but he was also a man with HIV.

As we were doing a little exercise looking at our shoes, and saying something about them, he made a comment that made us understand that he probably would not walk in them so much longer, nor live.

I asked if I could interview him, and he said yes.

John LoCoco  was a devout Catholic, active in Most Holy Redeemer Catholic Church in the Castro. He was one of the people with AIDS that was chosen to meet Pope John Paul II, in 1987. I will write more about him later.

Here is the Commemorative Wall & Fountain at the MHR Church, that was opened April 29, 2013. 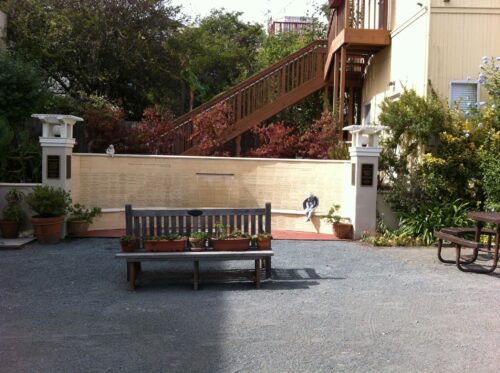 I belong to the Anglican Episcopal Church in Stockholm, and last Sunday the priest said the words There was a man called John… It made me want to write this piece, as I am just about to start writing more actively about the people I met in San Francisco.

In 2014 I had a plate made for John LoCoco, and everyone I had met that had died of AIDS in San Francisco. 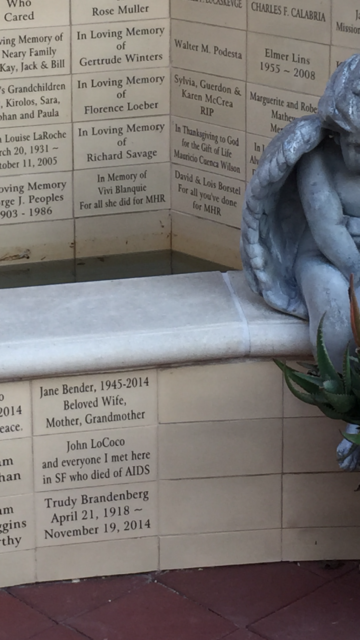