I come from a Pentecostal background in Sweden, and I have always admired and sometimes envied my family for their very strong faith and their trust in the Lord.

But I have met resistance against my work, from some family members, both in Sweden and in the US. That has surprised me because of the families missionary work, in Africa and China for example.  But the resentment has had to do with homosexuality.
My favorite old aunt called and warned me, not only for the sake of my soul, but also because she was afraid I would hurt the family name. The only thing that could save a person, she said, was salvation.  (I have since then changed my last name, but for other reasons.)

Even my old foster mother was against it, so when I refused to quit, she did not want to have any contact with me for a year.
However, two things made her change her mind; the sudden death of my biological mother, and the fact that Sighsten Herrgård, the famous model and designer, came out as having AIDS. He was friends with members of the Royal family, and that certainly helped. One of the princesses, Princess Christina, appeared with him on television.

When I came to San Francisco in 1987, and met some of my family members, it turned out to be very upsetting for some of them that I was there to interview people with HIV/AIDS. Why would I do that?!
I tried to explain, and talk about how sick people were and about how ostracized many were, and… But I could not get through to them, and they decided to leave. There was one exception: One young relative cried and held my hand under the table.

I was not in contact with those family members for about ten years, until one of them apologized, blaming his behavior to lack of knowledge about how HIV was transferred. His old mother was present at the time, and he had stopped me from hugging her, or even shaking her hand when we said goodbye, and I never saw her again. Nor did I see my favorite old aunt in Sweden again, she wold not let me in to her house after my return to Sweden, and she passed away a few years after that.

Many years passed, and Facebook came, and I became friends again with two of the people that had been in that difficult meeting, and with several other family members from Canada and the US, the most in California, like my cousin Billy.

One day Billy asked me why I posted so much about HIV and AIDS on my Facebook page; links to SF AIDS Foundation, SHANTI and Open hand, etcetera. I told him about my work, and then he wrote:

My daughter died of AIDS.

I couldn´t have been more surprised. Someone in our family had died of AIDS… and I had never heard about it.

Billy had suddenly received a phone call that his daughter was sick, and would be coming on a plane to Los Angeles. She was a travelling sales person, and there were long periods when she did not see Billy and his wife Sharon.
He went to the airport, and saw when she got off the plane that she looked sick, and that she had lost a lot of weight.
Shannon had had some kind of seizures and was taken to hospital, where it was discovered that she was HIV-positive, but also that she had actually developed AIDS. 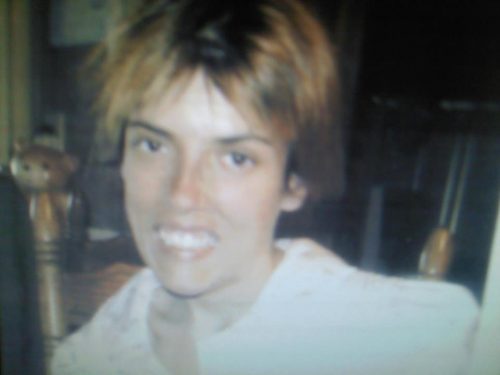 Billy have friends that are gay, and they helped him get in touch with an AIDS clinic so that she could start Antiretroviral treatment. But it was probably too late.
Sharon and Billy took care of her, and they tried to help her gain weight and strength, but one day Sharon called Billy at work and said he had to come immediately, because Shannon was having new seizures and the ambulance was on its way.
The ambulance was still there when he arrived, he ran into it and told Shannon that they would be coming right after. She said Daddy, it will be alright, and then the ambulance left.

But on the way to the hospital Shannon had a massive heart attack and died, so when Billy and Sharon arrived at the hospital, they were just informed of her death and taken to her body. This was three weeks after she had come home.

Billy wants me to talk about this, to make people understand that this can happen to everyone, not only to certain groups. Shannon had no idea that she was HIV- positive, she only thought it looked good that she was losing weight. 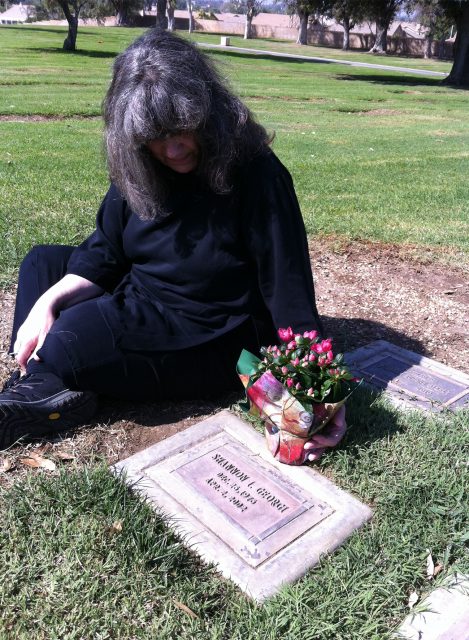