I am reading a detective story set in the 1940s, during World War II. It is a case about a young man that has gone missing, and the female detective is talking to the man´s mother.

The detective remembers what she had seen on a street: a messenger going from house to house to deliver telegrams, and mothers running out of their houses calling out in desperation: ”Who have we lost? Who have we lost?!”

The young men had grown up on that street, everyone knew each other. And now they were soldiers. Who had they lost?!

That scene touched me so, and it reminds me of all the people we have lost, to HIV/AIDS.

Let me tell you about a few of the men in Sweden that we lost.

Here is Lars Rading, an artist. He devoted his life to painting. He passed away in Spain, with his partner by his side. 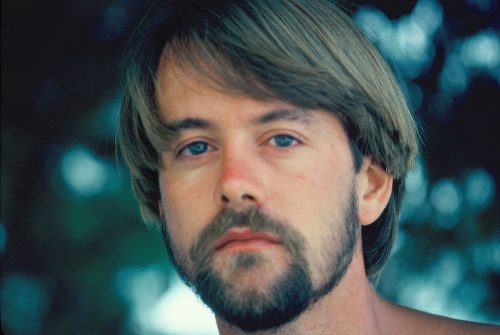 Here is his partner, Börje. He found it very hard to live without Lars, to motivate himself to go on.  He hoped he would get a stroke or something similar, and that is what happened to him.  He died with his mother and sister beside him. 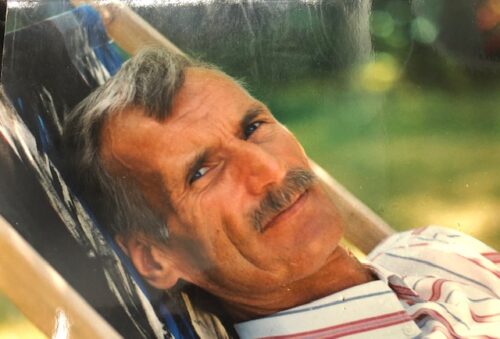 Here is Ron, from South Africa, who lived with a Swedish man, Alf, here in Sweden. He died in the hospital, with his partner and close friends beside him. His parents called him, and Alf placed the phone next to his ear. 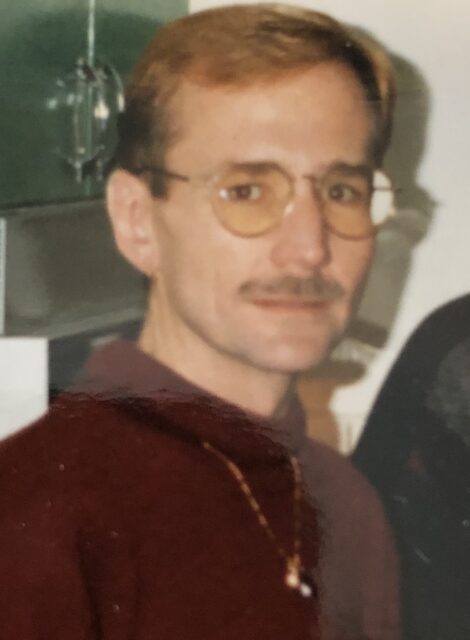 And here is Alf, his partner, who had survived a serious suicide attempt – he was found after 7 days – and lived to take care of Ron, and become seriously ill after his death. I think there were times when he wished he had not been saved. 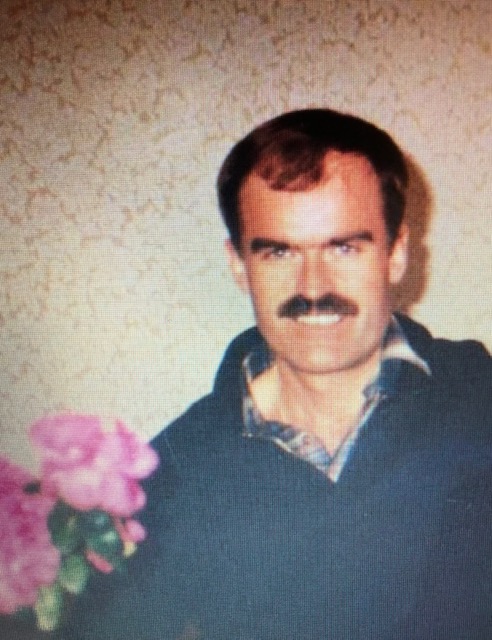 But, Alf had another close friend, Egil, who had promised to be with him to the end, and he came from Norway and stayed with him, as he had said, to the end. 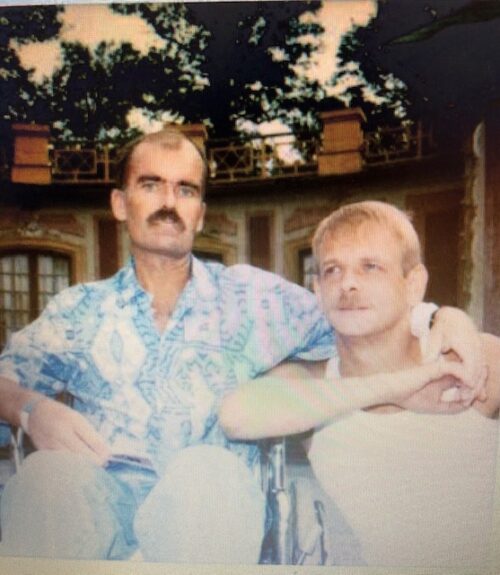 And here is Torgny, who had such a hard struggle with anxiety and fear of dying. He kept it mostly to him self, but in the end the family in the countryside knew. 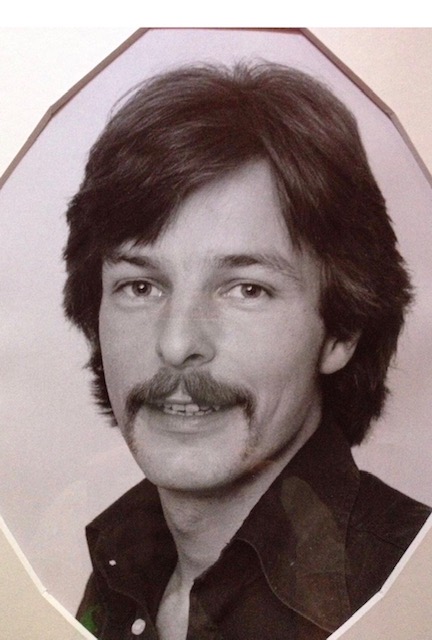 I will never forget his room at the hospital.

I came rather late in the evening and the family let me in. It was a big room and there were many relatives, some watched ice hockey, others tended to Torgny, and some ate of the food and bread that friends had brought to them, as they were holding watch with Torgny.  It must have been almost like being at home for him.  He passed away the following morning.

And here is Mats. 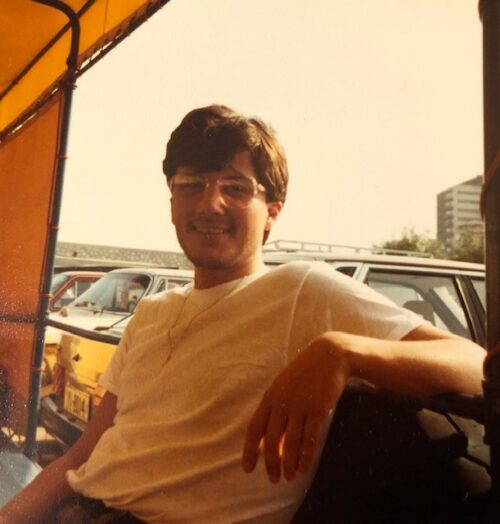 The last time I saw him, he didn´t realize I was in the room, trying to talk to him.

When he had died, his upset father decided that no homosexuals were allowed to come to the funeral that would be held in a secret place, and no flowers were allowed that could indicate what he had died from, as from organisations dealing with HIV/AIDS.  Strict orders.

His father died not long after Mats, and his mother some 7 years after that. They are now buried together.

And here is Per-Göran, a long time survivor. 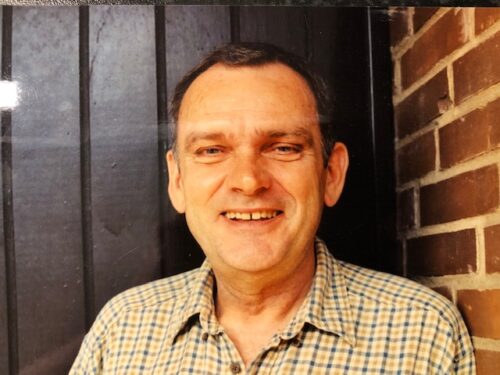 Per-Göran had another diagnosis, some mental problems, so the family never knew he had HIV. Being at the hospital was normal.

He was a good friend and supporter, and seemed so healthy that one could hardly understand that he was sick. Always on the go, many friends, very active, especially during the summers.

His death came suddenly. He may not even have known he was dying.  He was reading a paper…

And here is Leif, the nurse who took care of so many patients with HIV, and worked tirelessly to create a hospice for AIDS patients. He did not tell anyone, but his partner and a friend, that he had HIV himself. His death was sudden  – there was no time to bring him to the hospice  – and it was a total surprise to most  of us. 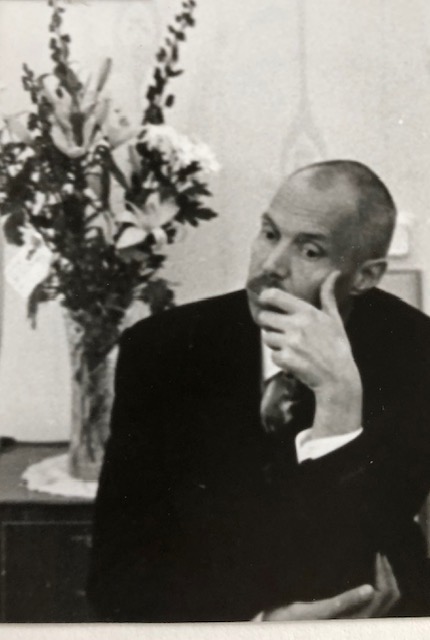 And finally, here I stand with Calle, holding my panel To Be a Witness. 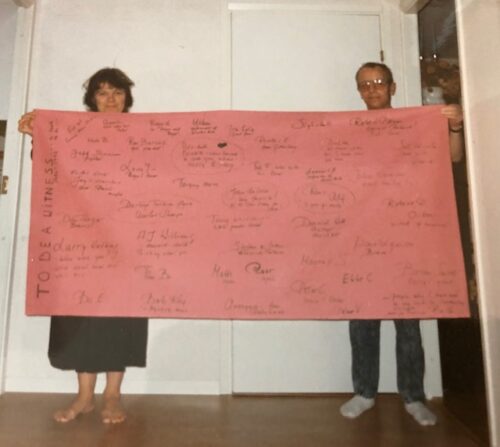 Calle and his partner Tommy made their own panel with many names called Lovers and friends, Sweden.

I have written about them before.

Calle survived Tommy. In one of my last conversations with him, he almost broke my heart by asking me to read a poem at Tommy´s funeral, ”if you have time”… Ofcourse, ofcourse! …and during the last conversation he answered a hesitant ”…yes…” to everything. I found out later, that he had had expressive aphasia.

Calle wanted to lie on black silk sheets, dressed in jeans and a flannel shirt in the coffin. He also wanted a bottle of Whisky in the coffin. That did not work, as he was to be cremated, so the undertaker, then totally liberated after all the funerals he had had with creative young gay men, poured whisky all around Calle in the coffin.

Tommy and Calle are now buried together.

There you are,  some of the men we lost here in Sweden.