But as I stood there, it struck me that most of the people I had spoken to in San Francisco had since then died, and that the men sitting in front of me… I just froze for a moment, and then I almost jumped from the subject, and started talking about the Names Project. I had brought fabric and pen´s with me, and suggested that they should do a Panel for their friends that had passed away, and they immediately started. Now that I think about it, they may have frozen too. 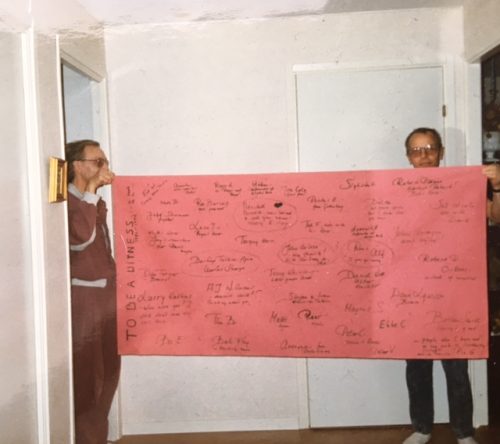 Something extra about Calle. He wanted to bring a bottle of whisky with him in the coffin, but as he was to be cremated it did not work. However, the undertaker that I have mentioned in another piece, was now totally relieved of all ”it is not possible”, and poured out whisky in the coffin.